The festive season has officially begun; the markets are up, the lights are switched on, and the hustle of Christmas shopping is in a full swing. It is the most joyful but also one of the busiest times of the year. 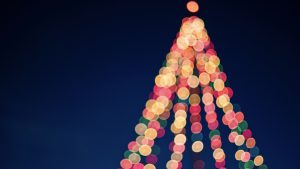 On the first day of Christmas, team Joblift gave to you … the 12  jobs of Christmas. The following weird and wonderful jobs have each played/ play an essential role during the festive season.

Hanging a wreath on a door has been a tradition for many years. Some see it as a decoration, some give it a religious or a cultural meaning. All of the festive wreaths you see around cities and in the shops were created by wreath makers. These wreaths are handmade with love and make the festive season even more special. To become a wreath maker, you don’t need to have any specific qualifications, as you will be trained before you start!

Ah, the most popular vegetable during the Christmas season, the Brussels sprout. They are as important as a traditional element on the plate as the turkey or the stuffing. Somebody has to be accountable for picking them from a farm and delivering to the local supermarket, for this task companies and farmers employ sprout pickers. 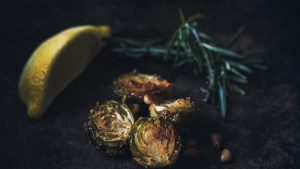 You wouldn’t believe it, but being a mince pie chef is a job that is required every year two months before Christmas. Mince pies are an original British pie that has been a part of the Christmas season since the 13th century. Nowadays, 370 million mince pies are sold in the UK over the Christmas period annually. So, if you’re a pastry chef or like to bake, why not apply for this job next year?

What is Christmas without a Christmas tree? The markets where you can buy the main element of the festivities open in mid-November. For that to happen, the trees need to be cut down and delivered, which is the job of a lumberjack. They make Christmas happen, by delivering us the main festive essential. In history, the trees were cut down using the human strength with an axe, but nowadays they’ve switched their axes for machines.

Christmas Markets are what many people wait for during this time of year. The opening of Winter Wonderland in London and local Christmas markets just set everyone in the holiday mood. Visiting one is a must-do activity, therefore many stall holders require extra staff to work during the holiday season. Such jobs are popular, and what better way to get yourself into the Christmas spirit than in a place filled with all things festive and activities. 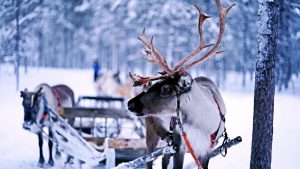 The legend says that for Santa to deliver all his presents, he rides a sleigh with nine reindeer. Blitzen, Dasher, Dancer, Donner, Comet, Cupid, Prancer, Vixen and Rudolph all need to be taken care of and that is a job for the reindeer walkers. Seriously, you can play around with the animals, take them for walks, groom and feed them, and get paid for it… what a dream come true.

Christmas crackers are an essential part to any British Christmas Dinner. Pull it apart and you will usually find a paper crown, a small toy and a Christmas joke. But have you ever wondered who comes up with the jokes? A company that produces crackers often hires Christmas cracker writers to come up with funny original jokes. But, the crackers were introduced over 150 years ago and many jokes haven’t been changed since. 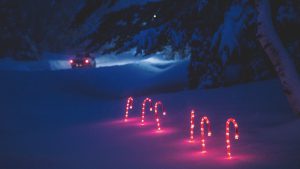 Billions of Christmas cards are sent every year to express well wishes and excitement of the festive season with loved ones. Everybody is on the hunt for an original greeting message to stand out amongst all the other cards. The role of a professional card writer is to present customers with a unique card and message. You must have great communication and writing skills and be creative and innovative. If you have what it takes then why not try your hand at Content Writing, and the best part is that it’s an all-season job.

Land yourself a seasonal job decorating a Christmas Tree! If you love to decorate then why not get paid for it too. Many commercial stores hire holiday designers to attract customers and spread the Christmas spirit. You always have to make sure that the main lady aka the Christmas tree is in its best shape and form.

Every British family gathers at 3 pm on Christmas Day to watch the most important speech of the year. Broadcasted since the early 20th century, the Queen’s speech has become a Christmas tradition. It is clear that the Queen does not write her speeches, due to the number of obligations that come alongside it. You normally have to be a well-respected professional author to be able to work at such a position, and currently, it is the government duty. 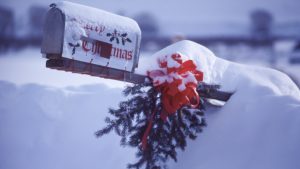 Santa’s coming to town to deliver all the presents children have asked for on Christmas Eve. The day turns into a fairytale when children received their much-desired dolls. But, to make that happen in the olden days, people were required to work in the worst conditions possible when the job was hard in itself. Each doll was moulded and then hand painted with precision. Nowadays, that job is done by the machines creating more jobs in factories and making it easier for the parents to choose the toys.

The Royals are known for their famous Christmas banquets throughout the years. But, did you know that a puke collector was once a Christmas job. Collecting vomit sounds like one of the worst Christmas related jobs in recorded history, but it was apparently a much-needed role. Due to guests having loads of wine with their food, very often accidents happened. Usually, this job was given to children who are quick and savvy. 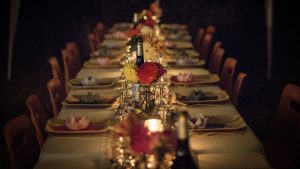 It’s not too late to get a seasonal job (maybe not as a puke collector) this Christmas? Earn some extra cash and get into the festive spirit now!

Putting your degree to use: 5 jobs for Politics graduates
This is when you should apply for a job
Procrastination: 7 Ideas to Break the Habit

Born in Ukraine, raised in the UK and now chasing her dreams in Germany. Die-hard lover of sushi, chow chows and adventures. View all posts by Polina Halabitska