It’s no secret that almost 80% of UK companies continue to pay men more than women, and the national average gender pay gap continues to be at 17.9%. There are several factors that influence this figure including gender bias and inflexible work hours. However, more and more companies are becoming transparent about what they are doing to close the pay gap and offer equal opportunities and benefits to counter it. 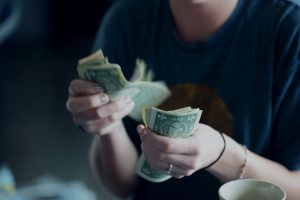 Joblift has found the top eight UK companies that are all about making these proactive changes and closing the gap.

This charity is groundbreaking in its cancer research and is a crucial foundation of support, however, cancer is not the only thing that the foundation is adamant in beating! There has been a new initiative implemented focused on closing the gender pay gap in the company and putting more women in positions of power. Woohoo! The mean gender pay gap for the company is 10.3%, and when compared to the national average of 17.4% it is very impressive. They also have a brilliant bonus gap of 0%!! Part of their initiative to reduce the gender pay gap is also to attract and recruit more women into technical and leadership positions such as senior digital analytics managers, and head of finance positions.

Despite having a mean gender gap of 11.5% and a bonus gap of 40%, Sky has implemented a Women in Leadership programme that have committed to engage 50% of women in leadership roles by 2020. This is meant to solve their issue of a lack of women in senior digital and technology roles, which was the reason given to account for the large gender pay gap. In this programme, there are mentors placed to guide juniors, and they have set up a programme for parents to help them achieve a more flexible work-life balance. Already they seem to be moving in the right direction to achieving a more equal balance in the workplace. 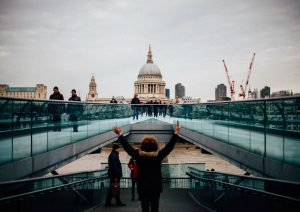 This retail giant has excellent flexible working benefits, particularly for prospective and new parents, and similar to Sky it has a mean pay gap of 12.3% and a mean bonus gap of 53.4%. To improve this by 2025 a 1:1 mentoring programme has been implemented to encourage and coach women to be in more senior roles.

See all Marks and Spencers Jobs

The consumer goods company is one of the biggest and best UK companies to work for. 50.7% of all management roles are filled by women, and because of this, women tend to earn 9% more than men. Despite this, there is a mean bonus gap of 27.7% favouring male employees, which is influenced by a higher proportion of men being in more senior roles. So, there is still room for improvement, but they are heading in the right direction. 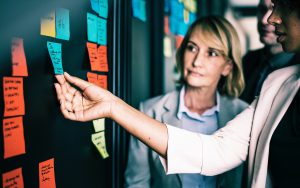 Vodafone, one of the largest networking companies, has reported a mean pay gap of 16.9% and aims to be the world’s best employer for women by 2025. There is the goal to employ an equal gender split of global graduates, women in positions of management are set to increase by 30%, and there is one of the best maternal policies in the UK. If there’s one place to work that is perfect for new mothers, where you will get full pay and 16 weeks leave, this would be it!

This online supermarket brand is a company where inequality is a bit mixed. Only 18% of the employees are female, however, they typically get paid 1.4% more than their fellow male employees and earn a 3% higher commission. This seems to be balanced out though by 70% of men getting bonuses as opposed to 66% of women. It isn’t entirely clear why there are such imbalances within the company, but at least they are trying! 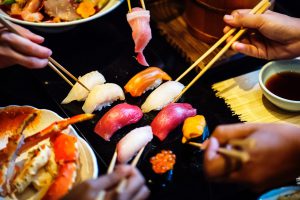 Unlike many restaurant chains, this one with Japanese-inspired cuisine actually has an 8.8% higher mean hourly rate for women than men. This means that for every £1.09 women earn men earn £1.00. This ultimately defeats the purpose of equal pay; however, it may be one of the only companies where the pay gap is reversed. It could be a great place to work if you’re interested in hospitality or working as a chef.

The British Museum has been well-renowned for its stellar collection, however, that is not all that is becoming renowned for. This is one place where there is no pay gap, and men and women are paid exactly the same salary for the same job. A spokeswoman from the museum explained, “this is not the result of specific intervention or policy, but rather we hope it is a reflection of a lack of institutional bias in terms of gender.”  If there was ever a place to work, this is it!

Insider's tips: Starting off a career in a Tech Startup
4 ways to stop your interview nerves
Packing up & shipping out: Becoming an expat in the global startup scene

Moved from Melbourne, grew up in Munich and was born in the UK. Nothing beats a good book, some green tea and a cat on her lap. View all posts by Victoria Powell